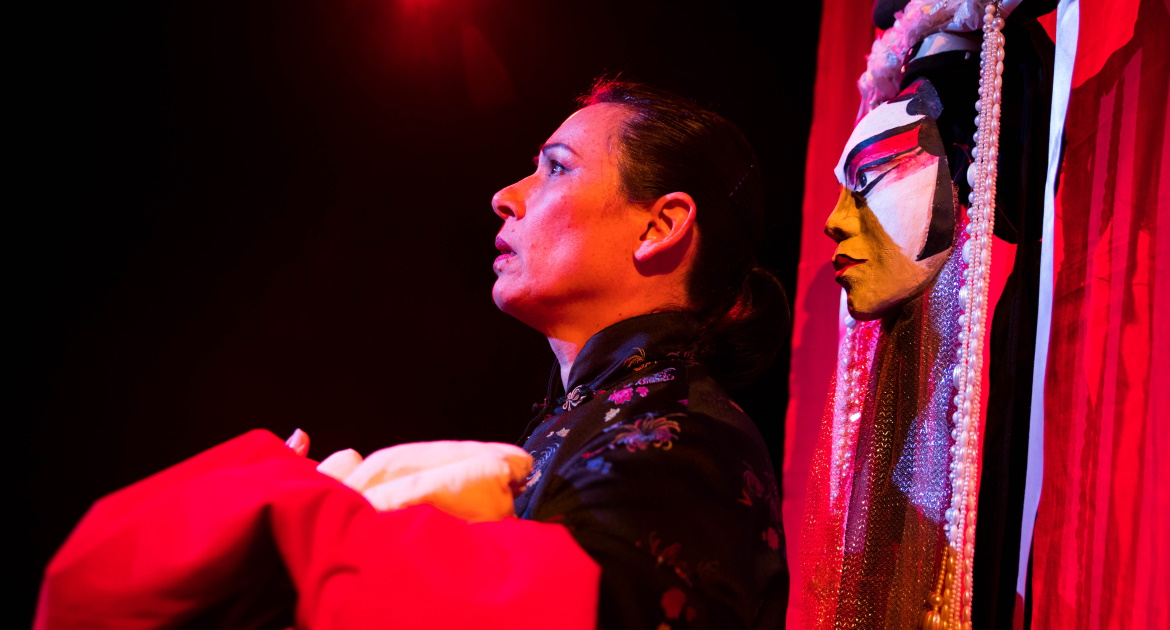 ***THIS EVENT HAS BEEN CANCELLED. IF YOU HAVE PURCHASED TICKETS TO THIS EVENT, THEN BOX OFFICE WILL BE IN TOUCH AS SOON AS POSSIBLE***

Ka-Shue is an epic story of love, laughter and loss over a hundred years, seen through the eyes of a Chinese family struggling to resettle in Aotearoa. Ka-Shue is a Cantonese phrase for ‘Home Book’ a poetic term covering everything about home, love, and alienation.

Jackie is Eurasian, in her early twenties, naively following her Chinese boyfriend into Beijing on the eve of the Tiananmen Square tragedy. As Jackie writes home to her mother, Abbie, in Wellington, Abbie recalls growing up as the only coloured child at her school, her rebellion against her Chinese community when she married a Pākehā, and her own naïve return to China during the Cultural Revolution. The experiences of three generations of the Leung family are beautifully told, as they are swept across continents and time through the Second World War, the Tiananmen Square massacre and the buried history of the Poll Tax levied against Chinese migrants only.

Ka-Shue portrays a broad sweep of the political events between the two countries as a backdrop for the personal dramas of the five characters, all of them brilliantly written and performed by Lynda Chanwai-Earle, music performed by talented Māori musician Nikau Wi Neera.

Lynda Chanwai-Earle will also be featuring as a panelist at Literary Salon #23- Hamilton Book Month ***NEW DATE*** at The Meteor on October 17th at 6:30pm.