The Don & These Are A Few of My Favourite Sings 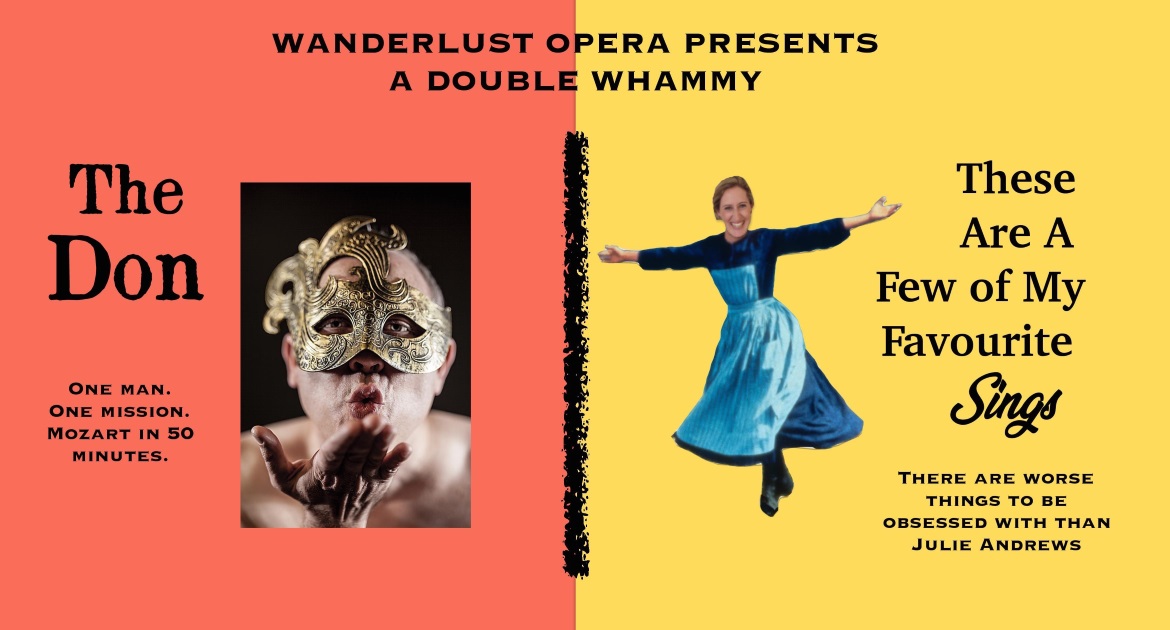 What do Don Giovanni and Julie Andrews have in common, you might ask? Well, not much. Nevertheless, Wanderlust Opera is lustily wandering to the Meteor for the first time with a double bill: two tales of love and obsession.

Lust! Revenge! Murder! The adventures and exploits of Mozart’s notorious lothario, Don Giovanni, with Stuart Coats (and a puppet) performing every role in the opera. A wild operatic parody and a hilarious tour-de-force show, this is opera cliff notes on speed and an audience favourite in the Wellington Fringe Festival.

Tears! Laughter! Movie magic! Written by Francesca Emms and performed by her sister Georgia, the show draws on the sisters’ childhood experiences growing up in a musical family and their deep love for Julie Andrews and the characters she portrayed. Features music from Mary Poppins, My Fair Lady, The Boyfriend, The King and I and of course, The Sound of Music. Sing-a-long optional.