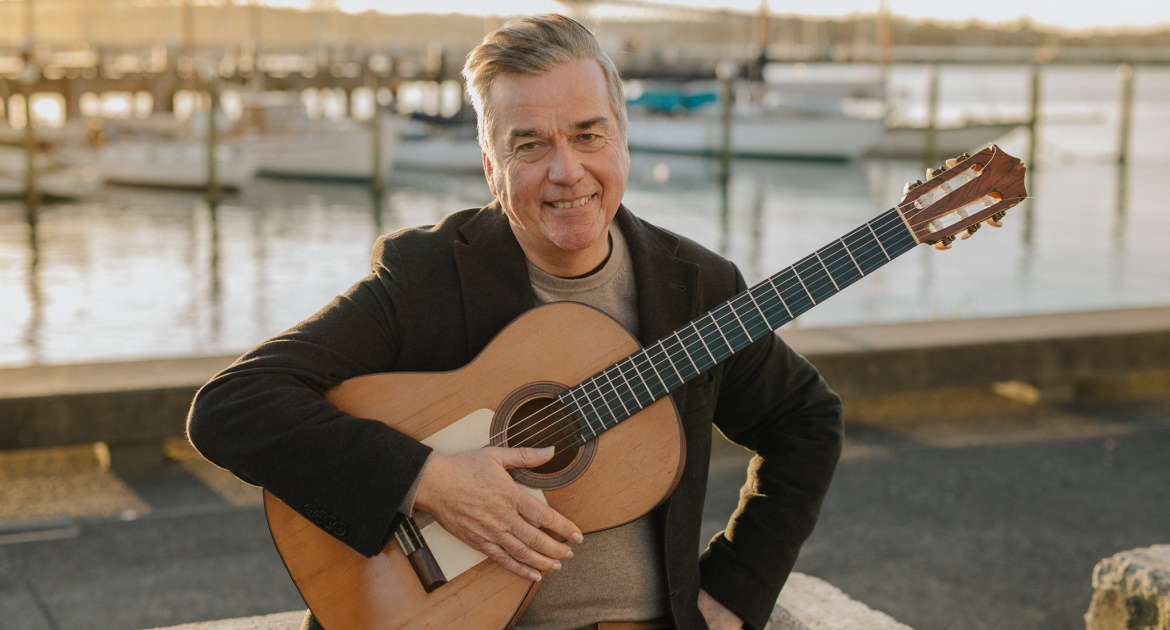 Hello. My name is Ian Sinclair.
You may know me as a roving reporter with the dream TV job: a chance to explore the world and meet everyone from the Queen to the Taliban.
Yet few would have guessed I had a lifelong secret addiction to Spanish flamenco guitar.
After nearly two thousand television stories I made a giant leap of faith… to quit and become a flamenco guitarist.

Ian Sinclair first fell in love with flamenco when he was just 6 years old. After public performances with Dave McCartney Harry Lyon and Phil Ochs.
He was appointed music writer for Craccum, interviewing the Gypsy Kings, Elton John, Ronnie Wood, Rod Stewart and Joan Baez. In Spain he has studied under maestros Miguel Garcia Jose Luis Postigo and Juan del Gastor.
His arrest in 1975 by General Franco’s secret police led him to switch to hard news reporting, moving from newspapers to radio, then TV in 1986, where international assignments included Bougainville, Kosovo Afghanistan and Iraq.