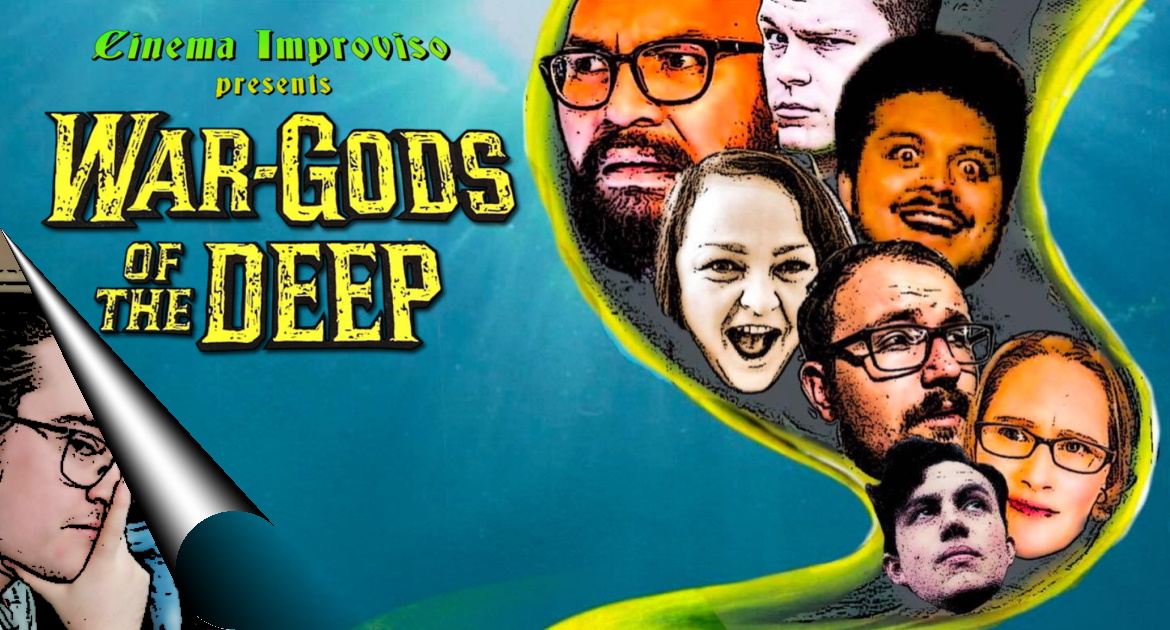 After a beautiful young woman is kidnapped, two adventurers set off to find her. In doing so, they discover a city lost beneath the ocean, where the inhabitants have been living for centuries. Alongside this, and with a mammoth volcano threatening to destroy the city, the dastardly Captain and his band of long-lived smugglers must find a way to survive their impending doom…

Cinema Improviso returns to The Meteor Theatre with another overdubbed horror “classic” starring the late, great Vincent Price: War-Gods of the Deep. Watch as six improvisers and one musical genius create hilarious dialogue, spooky sound effects and an all-new soundtrack to this Z Grade science-fiction-horror film!