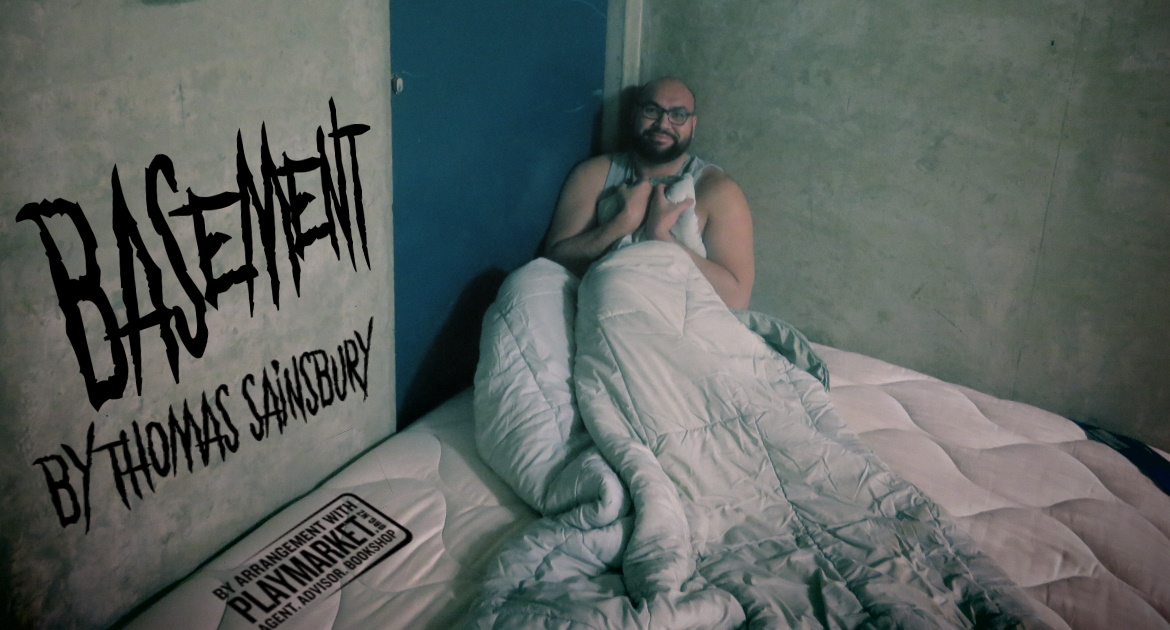 Paul has been avoiding his problems his entire life. To deal with them, he’s decided to rent a basement for a month in the hopes that his problems disappear forever.

However, it’s been almost three months and he may not have the strength to leave. As well as that, he’s convinced that someone (or something) is in the room with him…

TAHI TA’I TASI presents Basement by Thomas Sainsbury. A darkly funny glimpse into the mind of a loner, Basement is a comedy-horror about a man desperate to avoid his problems and continue living blissfully ignorant…and also about the importance of a nutritious, well-balanced diet.