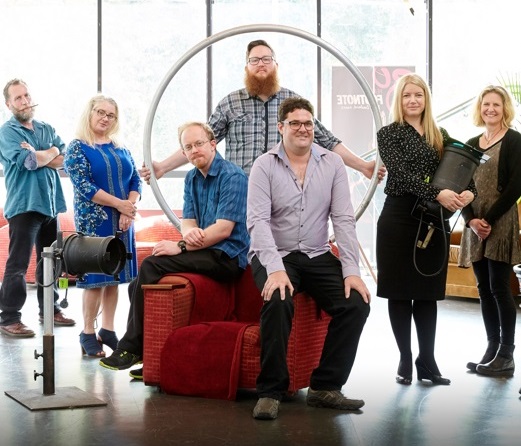 Aaron Chesham is the owner of ACLX lighting. He has a strong background in technical production, and has been involved with the Meteor since just after its inception. He passionately wants to see the venue used to its full potential.

Charlotte is a commercial lawyer at Davidson Twaddle Isaac. She is also a trustee of the WEL Energy Trust and D V Bryant Trust, one of the longest-running philanthropic trusts in the Waikato, whose primary objective is “to enhance human welfare in the Waikato”.

Ross MacLeod has been writing, directing and producing theatre in Hamilton for the last decade. While his focus is often smaller scale original works, he has directed productions ranging from musicals to Shakespeare. He has seen The Meteor space come a long way since his first show there in 1999, but a theatre is more than just a building and he is keen to pass on any support he can offer to new writers and performers wishing to use that theatre. He is also a board member of the Hamilton Community Arts Council.

Alec likes Shakespeare, beer, football and planting trees.  He co-founded Slip of the Tongue and Hamilton Fringe Festival, and served as Chair of the Hamilton Community Arts Council.
Alec‘s connection to The Meteor goes back to the very first day the building started to transform into a theatre.

Adrienne has a dream job working as one of the Creative Waikato team. She has pretty much retired from stage performance now but would reconsider it if there weren’t too many lines to learn. Hiding behind a quiet and calm manner, Adrienne distinguishes herself from other artists by actually having an interest in numbers and finances. She is the company bookkeeper and a shareholder in Free Lunch Street Theatre Company. Adrienne holds a Diploma in Performing Arts (where she met her lovely husband Nick), and a BA in Drama and Management.

Ruth loves cooking, numbers, art and playing the piano. She currently works as a senior financial analyst at PwC. Ruth graduated with a Bachelor of Commerce majoring in Accounting and Finance from the University of Canterbury is a member of Chartered Accountants Australia and New Zealand (CAANZ). Being a Meteor Trustee quite simply blends the best of both worlds.